In the 1980s and 1990s, the HIV epidemic was the most discussed issue in international health organization and was increasingly labeled as a global phenomenon. Within this context, “global” referred to various aspects of the epidemic: its scale and the fact that contamination occurred in all countries of the world; the need for coordinated and generalized actions implying programs to be implemented in all countries; the creation of new institutions operating worldwide involved in funding or standardization of prevention (later treatment) protocols; the specificity of problems associated with North-South inequalities, with access to health resources originating in the fact that the majority of HIV-contamination took place in developing or underdeveloped countries, African in the first place.

In spite of its visibility, one may wonder what is actually new in global health? The aim of this project is to historicize and to localize the idea of the transition from international to global health in order to focus on processes of globalization thus avoiding essentialist debates about the true nature of the global. History is needed to balance a widespread fascination for most recent innovations, be they technical, institutional or social; a fascination, which results in the danger of taking the tree for the forest, the future for the present, the experimental for the routine. Localization is needed because the ‘international’ or the ‘global’ are not given but complex and collectively constructed realities. As the term ‘glocal’ reminds us: globalization does not exist outside processes of generalization from – circulation and aggregation of - local practices while any global agenda or program only becomes real when adopted, resisted and adapted by local actors.

GLOBHEALTH is a social and historical study of the transition between the two regimes, which have characterized the government of health after World War II: the regime of international public health, dominating during the first decades of the postwar era, which was centered on eradication policies, nation-states and international UN organizations; the present regime of global health, which emerged in the 1980s and is centered on risk management and chronic diseases, market-driven regulations, and private-public alliances.. This transition will be approached in terms of actors, forms of knowledge, tools and practices. The project focuses on the tensions and social dynamics underlying the four core issues:

The processes the project will analyze in priority include: a) the making of knowledge and the conduct of expertise at the local and international level, with a special interest for the work and circulation of so-called “global” experts; b) the production, distribution and commercialization of medical products, with a particular interest in drugs and therapeutic agents; c) the various of regulation involved in the management of prevention and clinical care, with a peculiar interests for the role of professional and academic bodies, national authorities and international organizations involved in the design and implementation of public health programs.

GLOBHEALTH approaches these questions through a series of specific and local studies in order to in order to grasp how categories, standardized treatment regimens, industrial products, management tools or specific specialties have become elements in our present global government of health. The four fields selected here are tuberculosis, mental health, traditional medicine and medical genetics. The project comnines historical and anthropological investigations of practices in both international and local sites with strong interests in: a) the changing roles of WHO; b) the developments taking place in non-Western countries, India and East Africa in the first place. 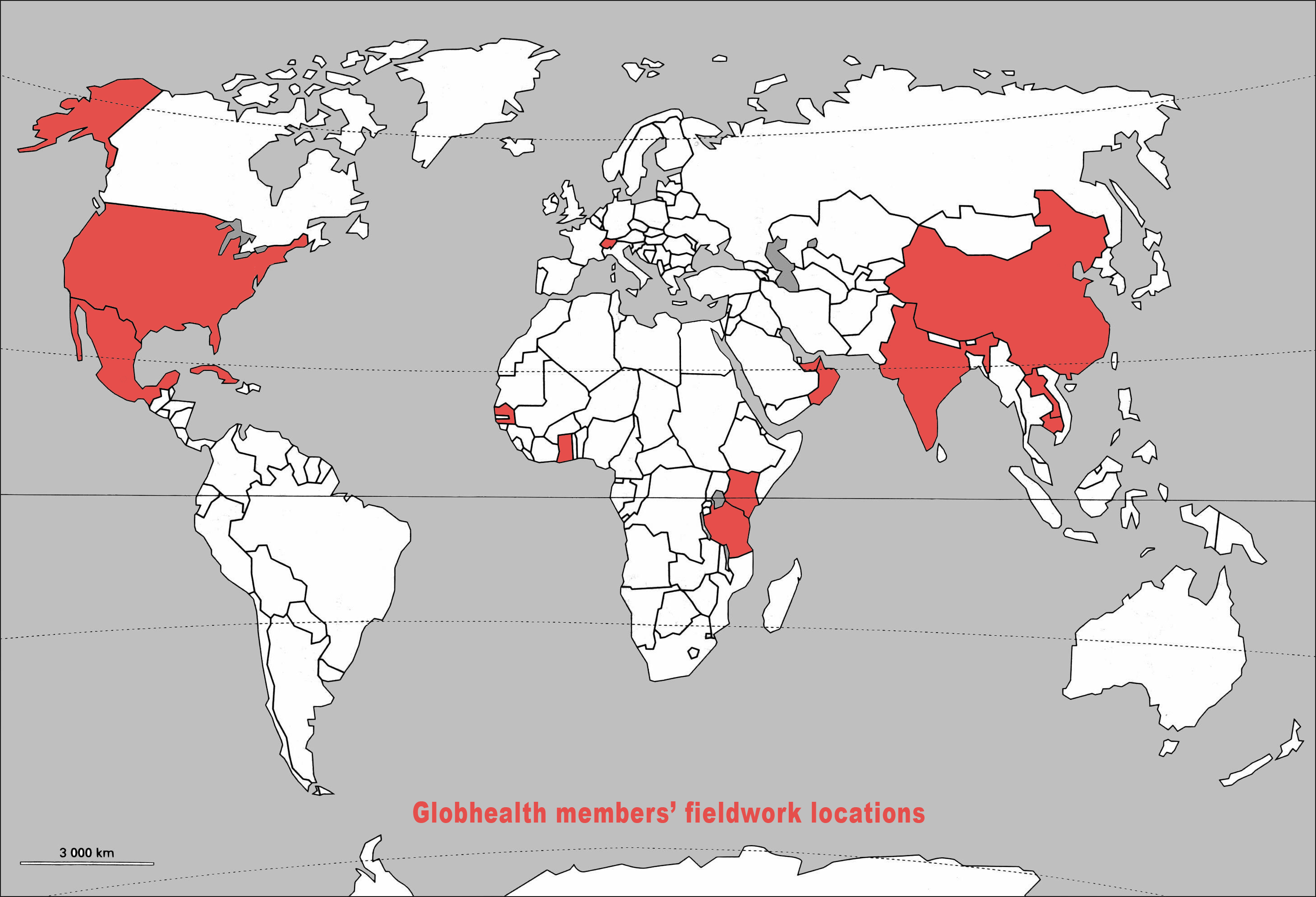