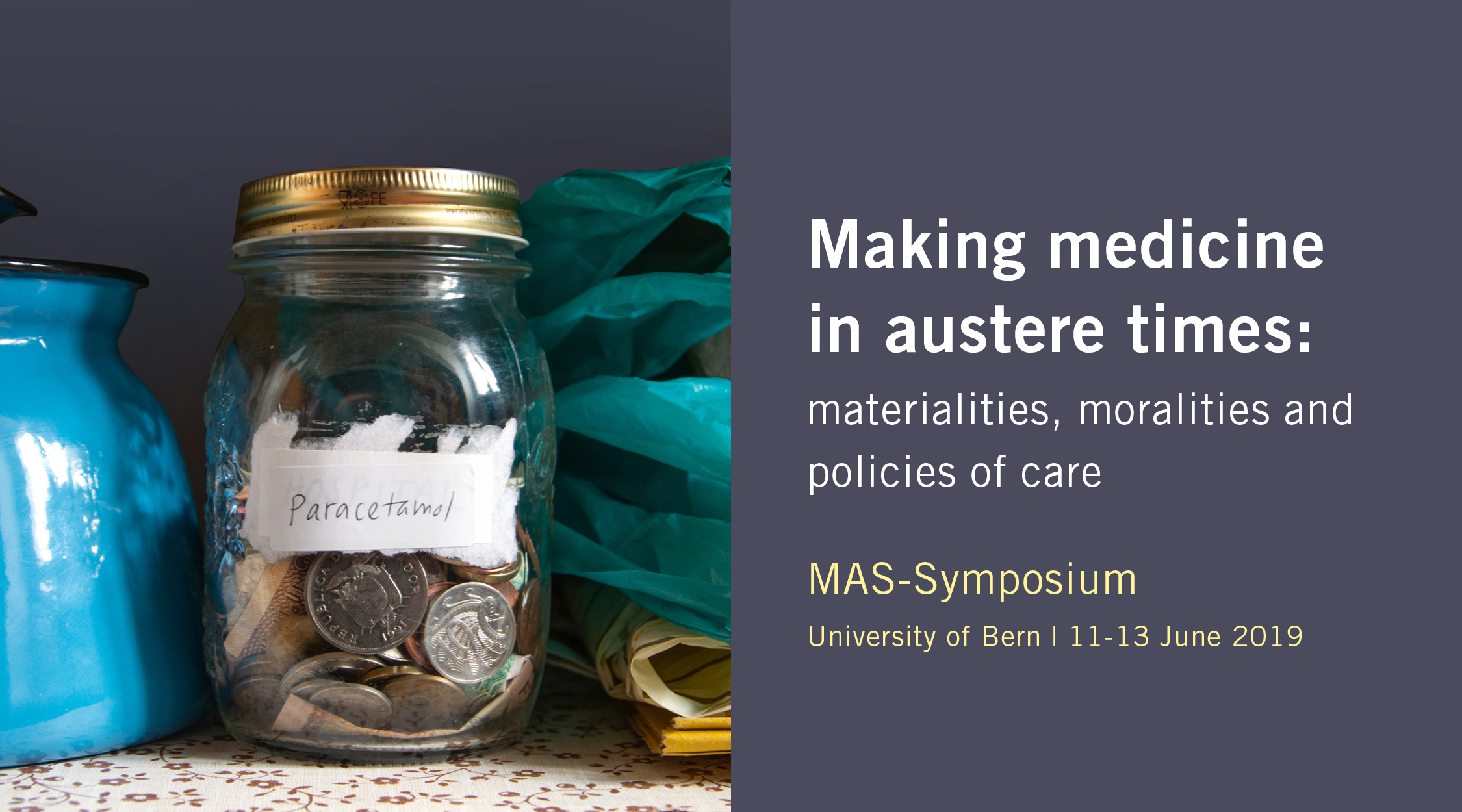 > Outline of the event:

The financial crisis of 2008 and the austerity policies implemented as a response had severe consequences on peoples’ health and practices of care. Health systems based on principles of social welfare and universal access are increasingly considered “unsustainable”. In contexts of scarce resources and increasing state debts, new ways of prioritization and triage emerge.

And yet, scarcity is not a new question of the 21st century. In many parts of the world, particularly the so-called Global South, limited means as well as structural shortages have been a permanent feature of healthcare since the 1980s. What seems to be relatively new though, are policies, practices and experiences of scarcity and austerity that converge across the global North and South.

We wish to link the materialities of everyday healthcare in economically austere times with the moral visions, societal values, and policy approaches that influence how medicine and healthcare are conceived and practiced in different locations today. We want to debate the highly controversial nature of austerity and scarcity policies, and inquire about their deep entanglement in moral, political and economic debates on what constitutes the “right” or “just” measure of spending, redistributing and consuming care.

Experiences and embodiments: How do social actors or institutions cope with and experience the lack of resources? How do contexts of scarcity prompt them to create or to reflect on new forms of care? How to understand new forms of solidarity, care and humanitarian interventions in austere times?

Locations and circulations: How do austerity measures, interventions and resistances circulate across the Global South and North, in times where a global neoliberal economy imperative prevails? In which ways can a look at circulations help to provincialize austerity while acknowledging its global scope?

Temporalities and meanings: What does austerity mean within various temporal contexts worldwide? What are the differences and similarities between structural adjustment policies of the 1980s in the Global South and current austerity measures?